Anatomy of a Rose

Before we prune anything,

it may help to review some anatomy. 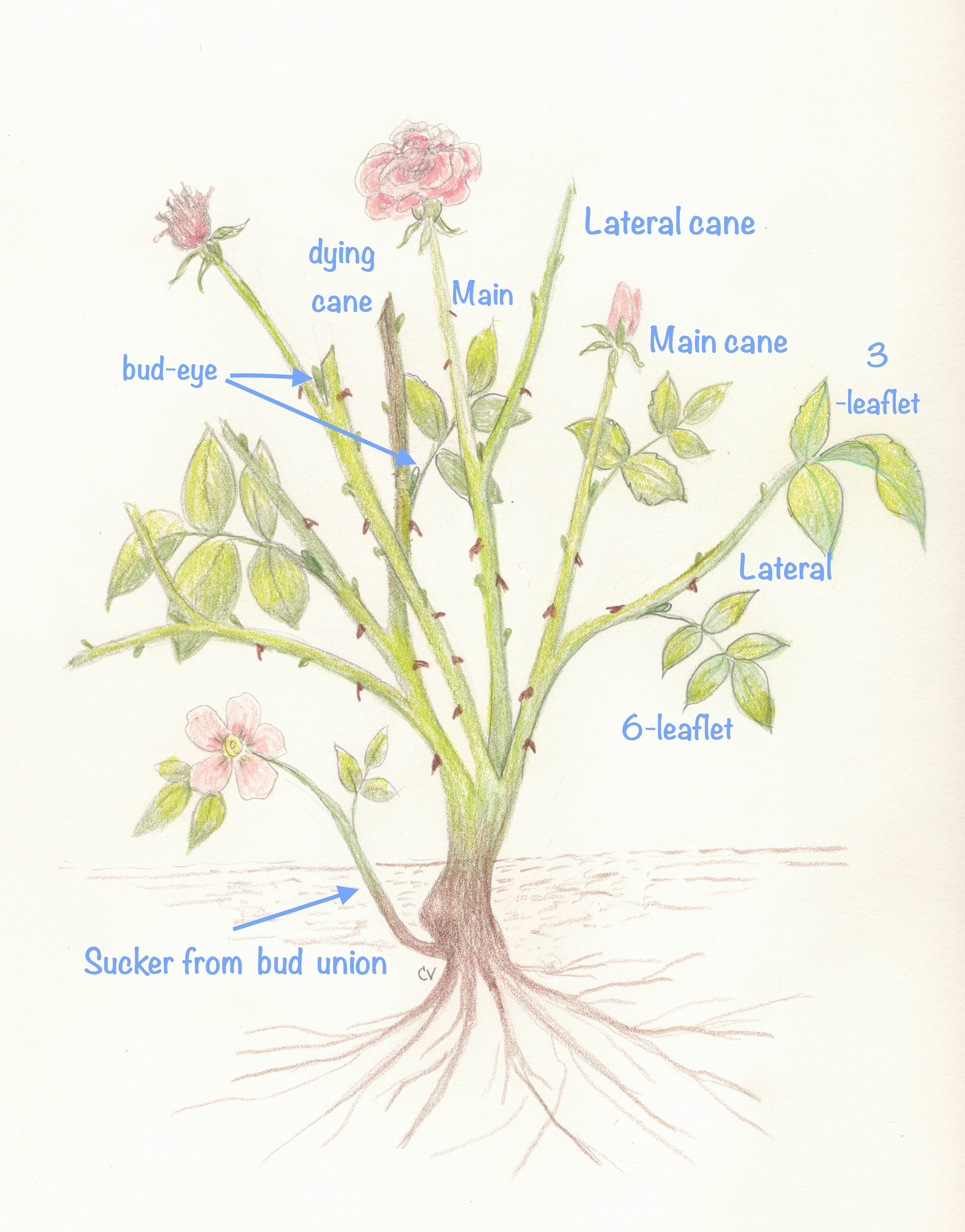 MAIN CANES: grow upward and support the bush, especially in a climber.

LATERAL CANES: train these canes horizontally (as close to 45 degrees as possible). These are the only canes on climbers that bloom.

SUCKERS -  on a grafted rose, will grow from the original rootstock - but sometimes, they will send up a sucker from the graft.

From the rootstock, the sucker will produce a cane that might flower, but if  it does, won't be the rose you purchased. The base root (rootstock) was chosen for its hardiness to support the new grafted (budded) rose which might be too tender for some gardens without that strong rootstock.

Remove the sucker because it will literally “suck” the nutrients from the root before they can reach your grafted rose.

The sucker needs to be torn off, not cut, or it will grow back.

Gently pull aside the soil from the base, until you can reach the sucker and tear it off. 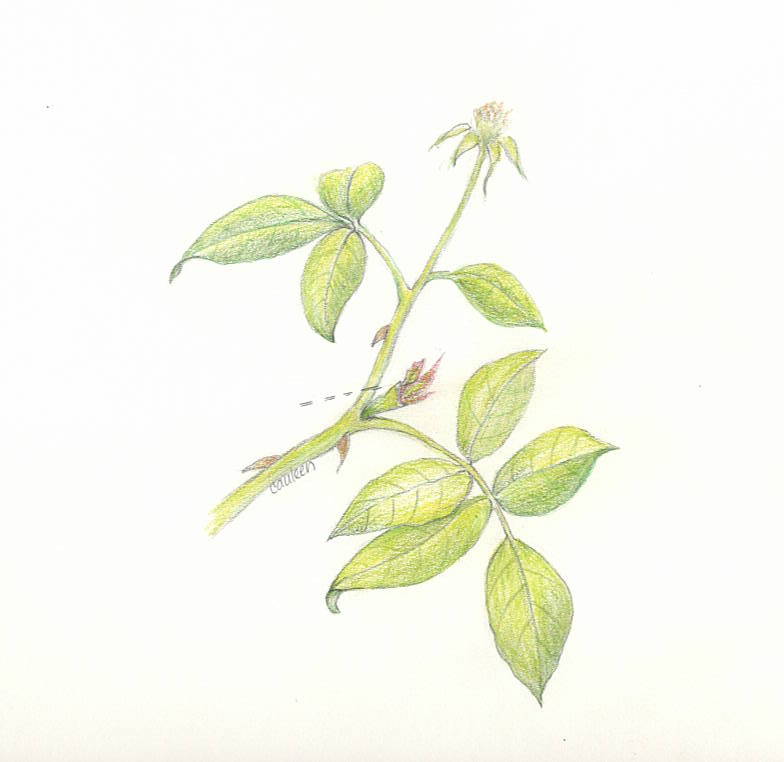 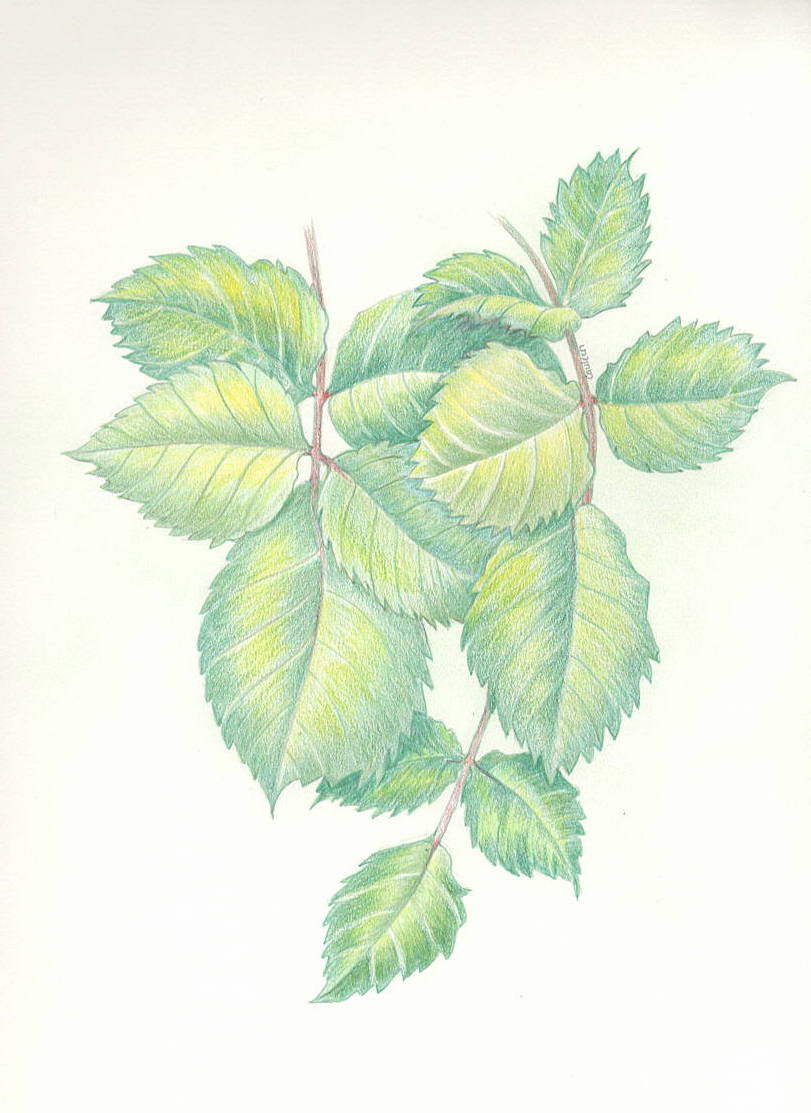 BUD UNION: the knot or nubby growth at the base  of the rose where all canes start and is planted beneath the surface of the soil in zones with freezing winters.. Bud union is on both an "own root" or "grafted" rose (where one rose has been grafted/budded onto a stronger base or rootstock).(below) 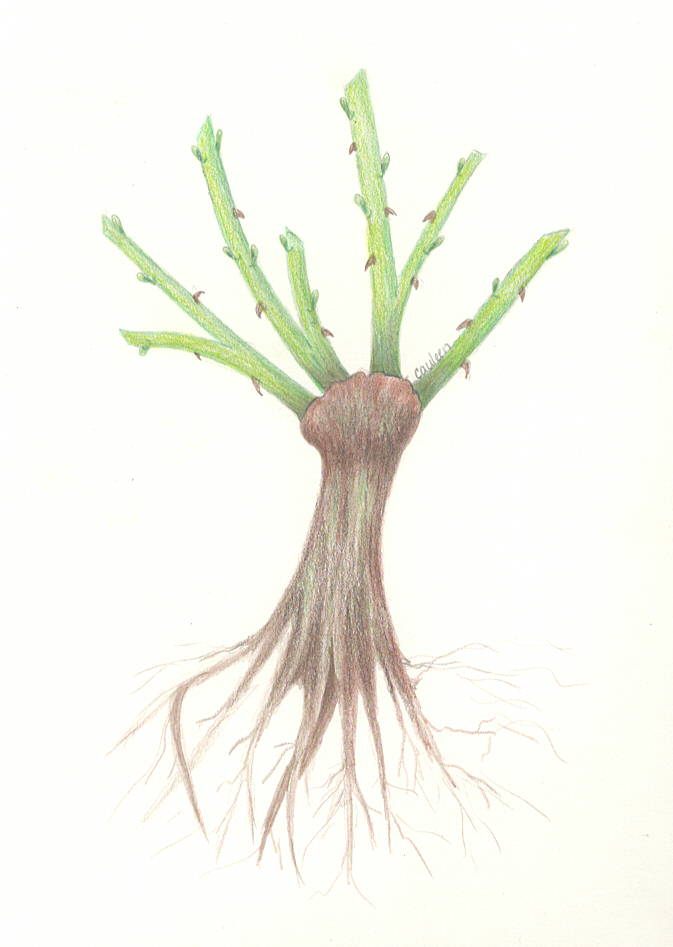 BUD-EYE: the little swelling where new growth emerges with a small half circle beneath. Usually  there is one main eye on a cane with 2 "guard" eyes - one on each side, so if one dies, the other will grow. 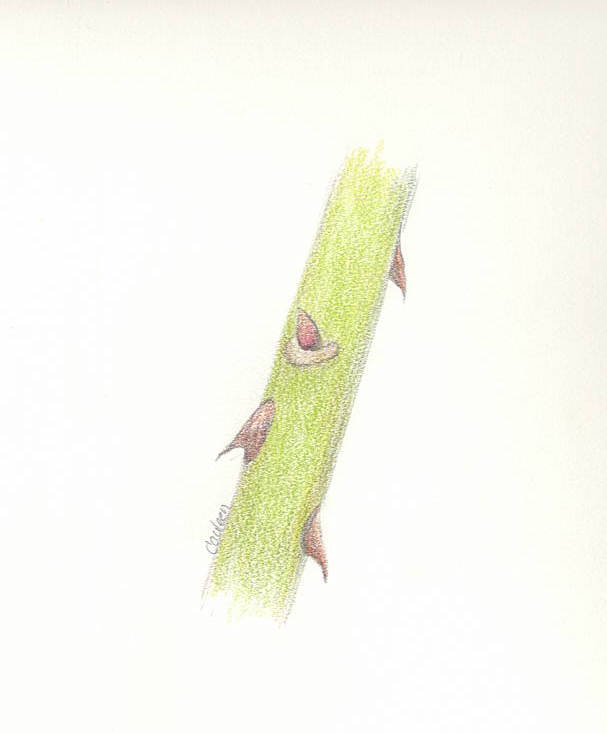 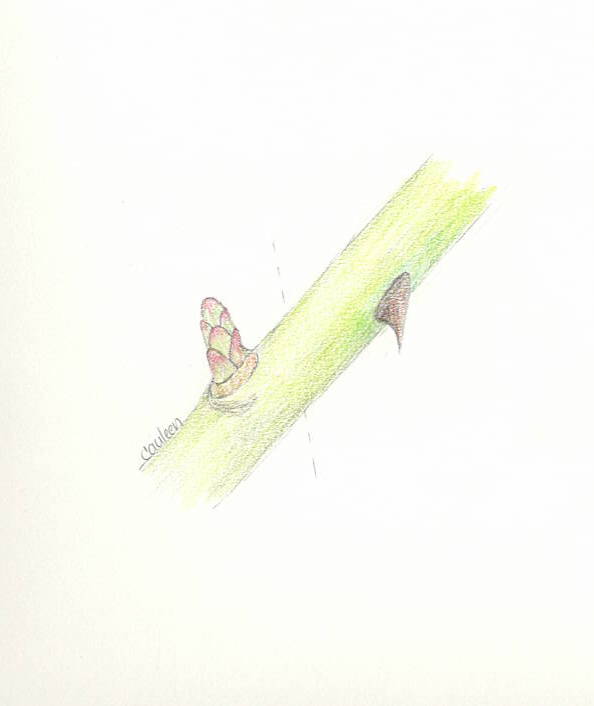 OUTWARD FACING BUD, which only means it faces away from the centre of the rose bush or shrub.

...picture a line down the centre of the bush and decide if the bud is facing inward or toward the outside of the bush. On the new "modern", hardy roses, there isn't  the urgent need to keep the centre open or bare because most are disease resistant.

BASAL BREAKS are new growth - the reddish stems that grow from the rose canes. Fragile at first, they mean your rose is healthy - putting up new canes that will flower next season...Be careful because if you knock it off by mistake, it will not re-grow.

Basal breaks will be the canes that eventually replace older, tired and bloomed-out canes.

On own root roses, basal breaks come from the base of the rose.

Grafted or budded roses have basal breaks from the graft itself.

When the basal break reaches about a foot tall, prune it back to a bud eye. This forces the cane to branch out with more flowers. When you shorten the cane, it has more energy to send to the blooms.

New canes coming up from the ground, can also be suckers that come from the rootstock - below the graft. 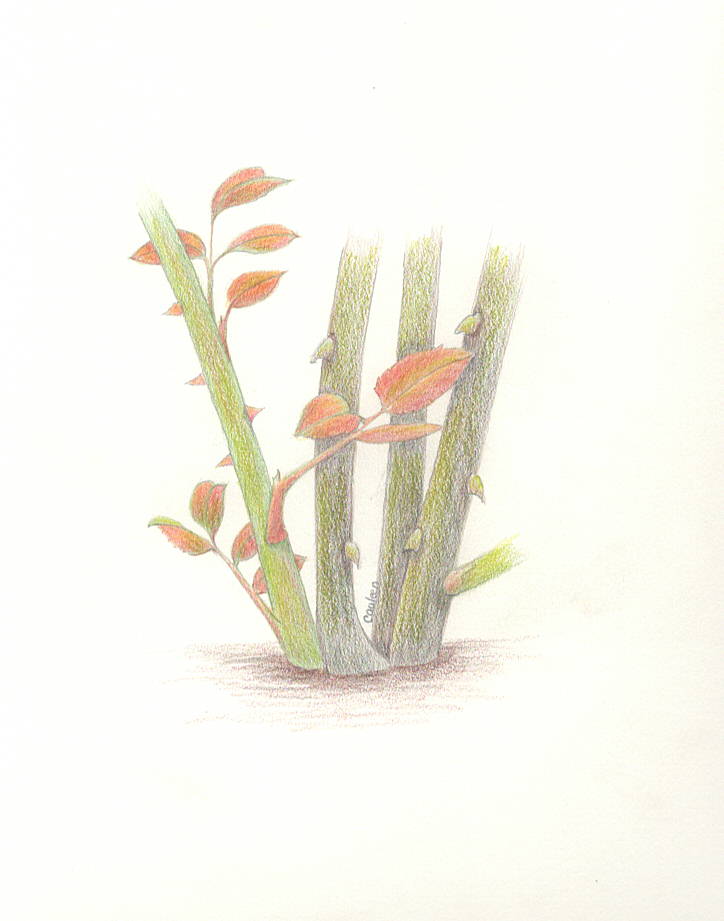 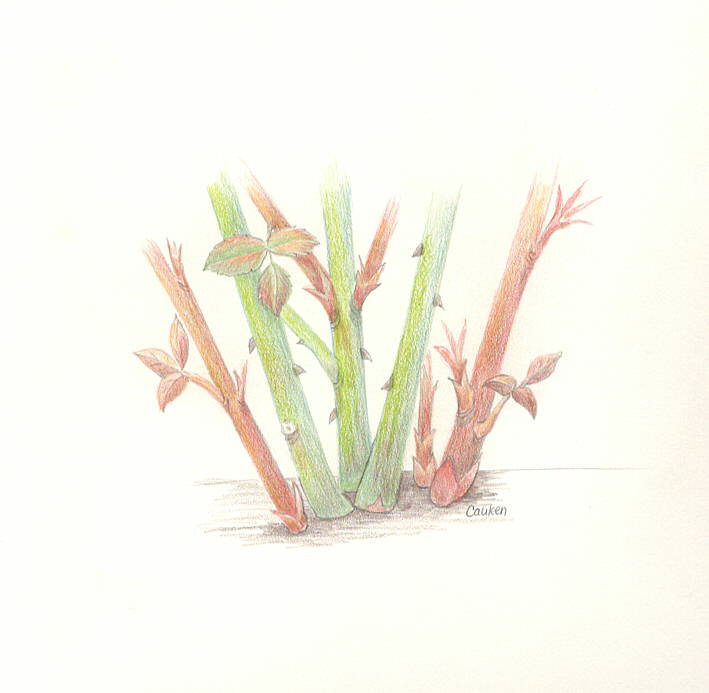 If your rose is a grafted rose, buried deep below the soil level, the basal breaks might appear as though growing separately from the stem 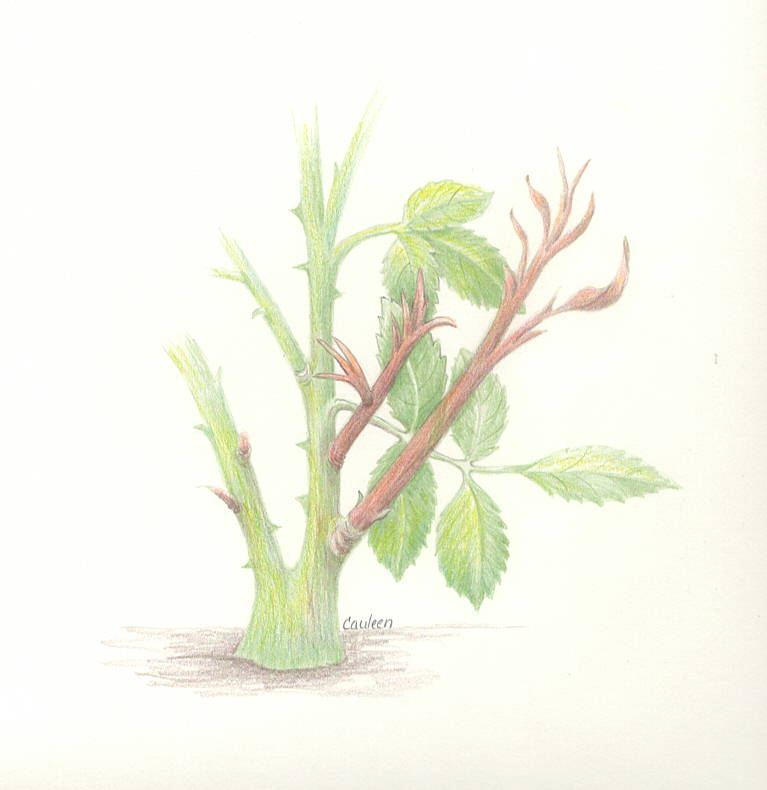 Be careful not to confuse new healthy growth with that of the dreaded Rose Rosette Disease (RRD). 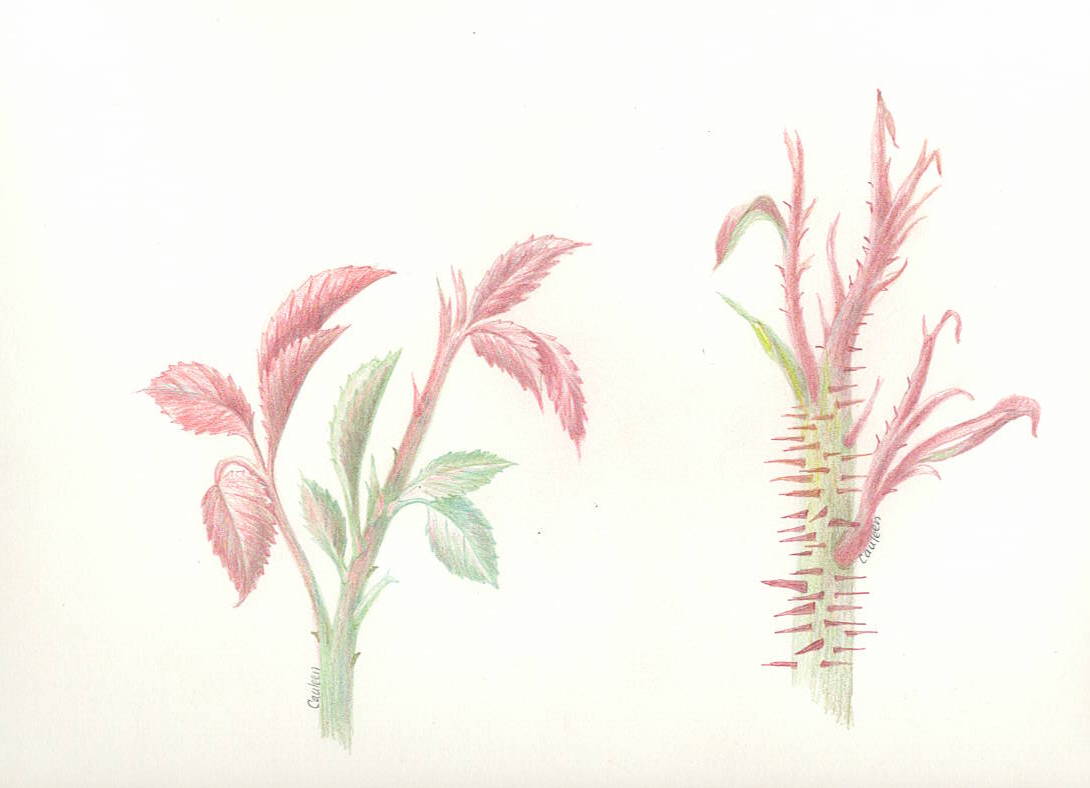 HEALTHY ON THE LEFT - ROSE ROSETTE ON THE RIGHT

BLIND SHOOT: grows tall quickly but won't produce blooms unless you prune back to a healthy bud-eye.

One cause is a late frost in the early spring which can kill off new little buds. 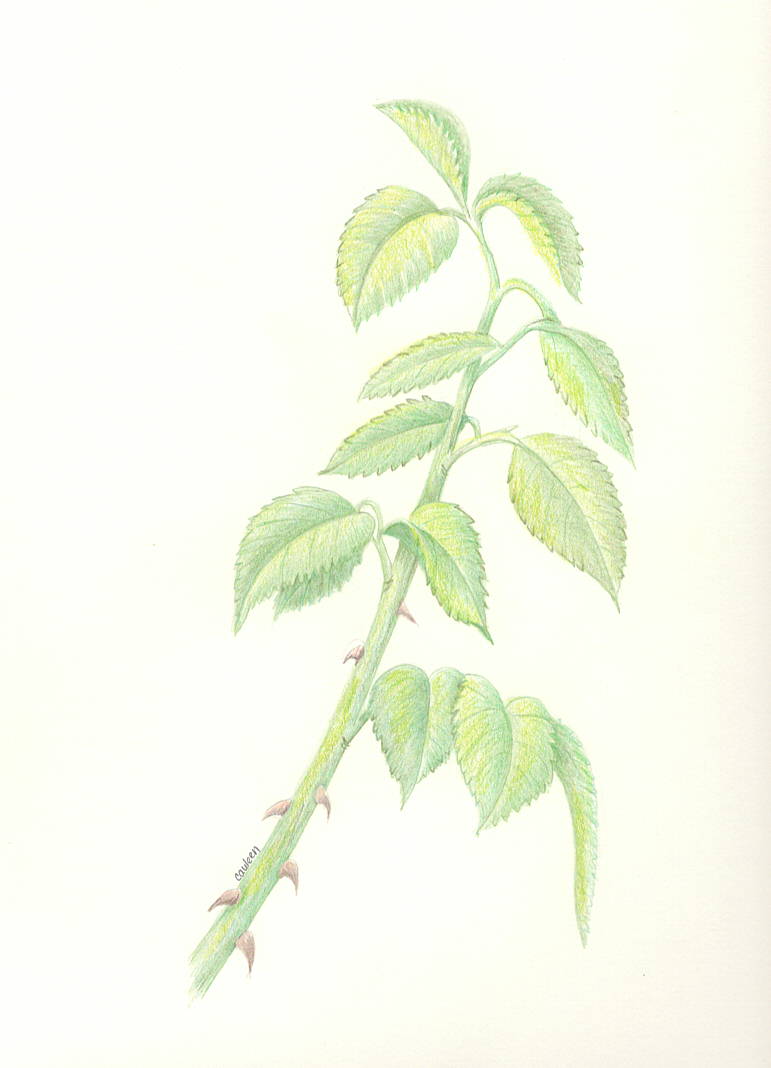 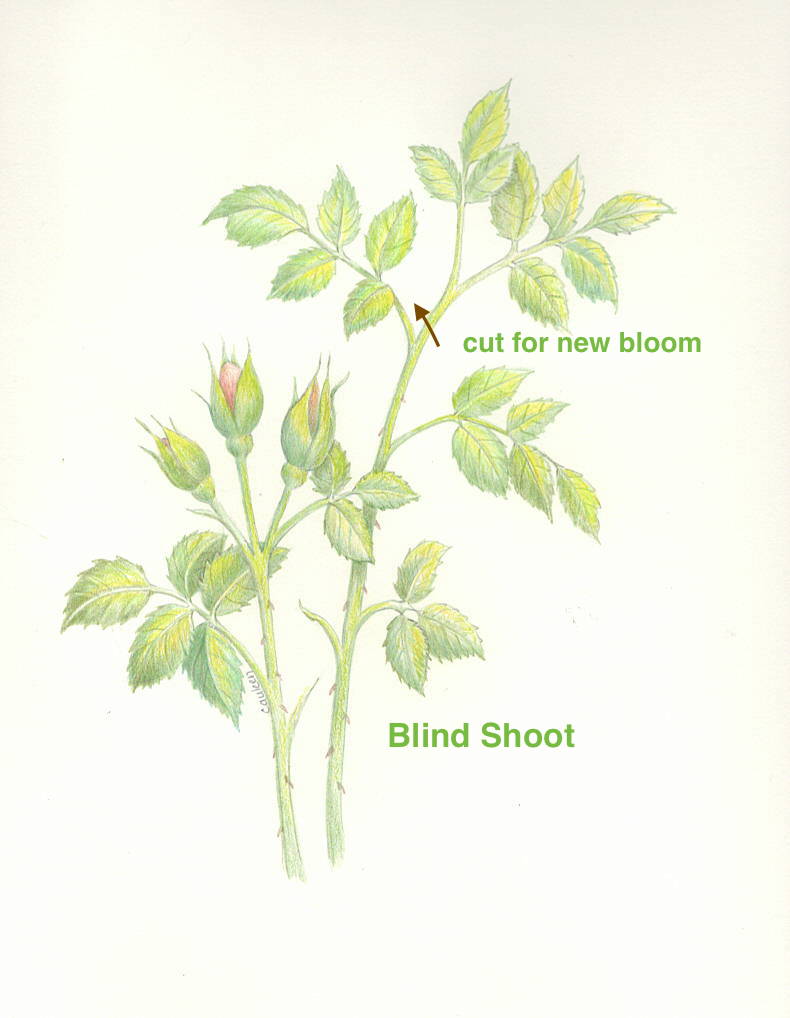 ROSE HIPS: when a rose “sets hips” it sends a signal that discourages the rose from producing flowers and then creates a seed pod so the rose knows it is time for it to go dormant.

Leave them for the birds (Vitamin C) 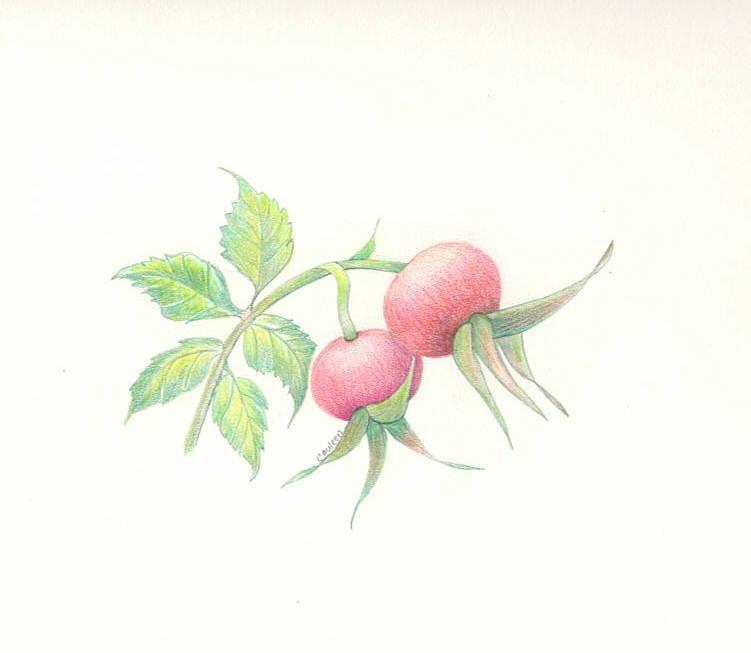